We use cookies to provide you with a better user experience. By using our services, you accept our use of cookies. Certain functionalities will not be supported when visiting the website in outdated web browsers.

More than 40 Years of experience

What our customers say(Google Review) 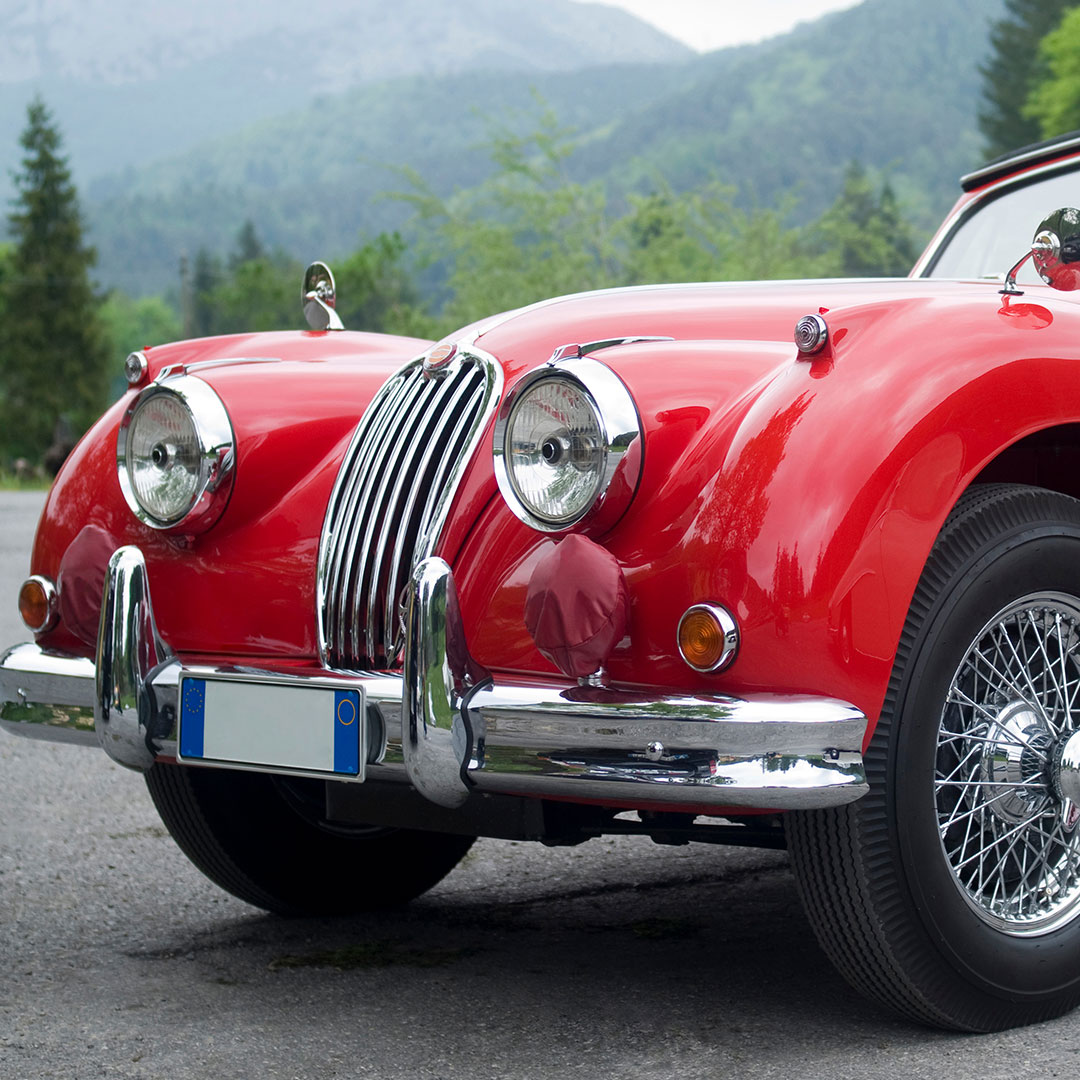 Great service and they have a very large range of products! 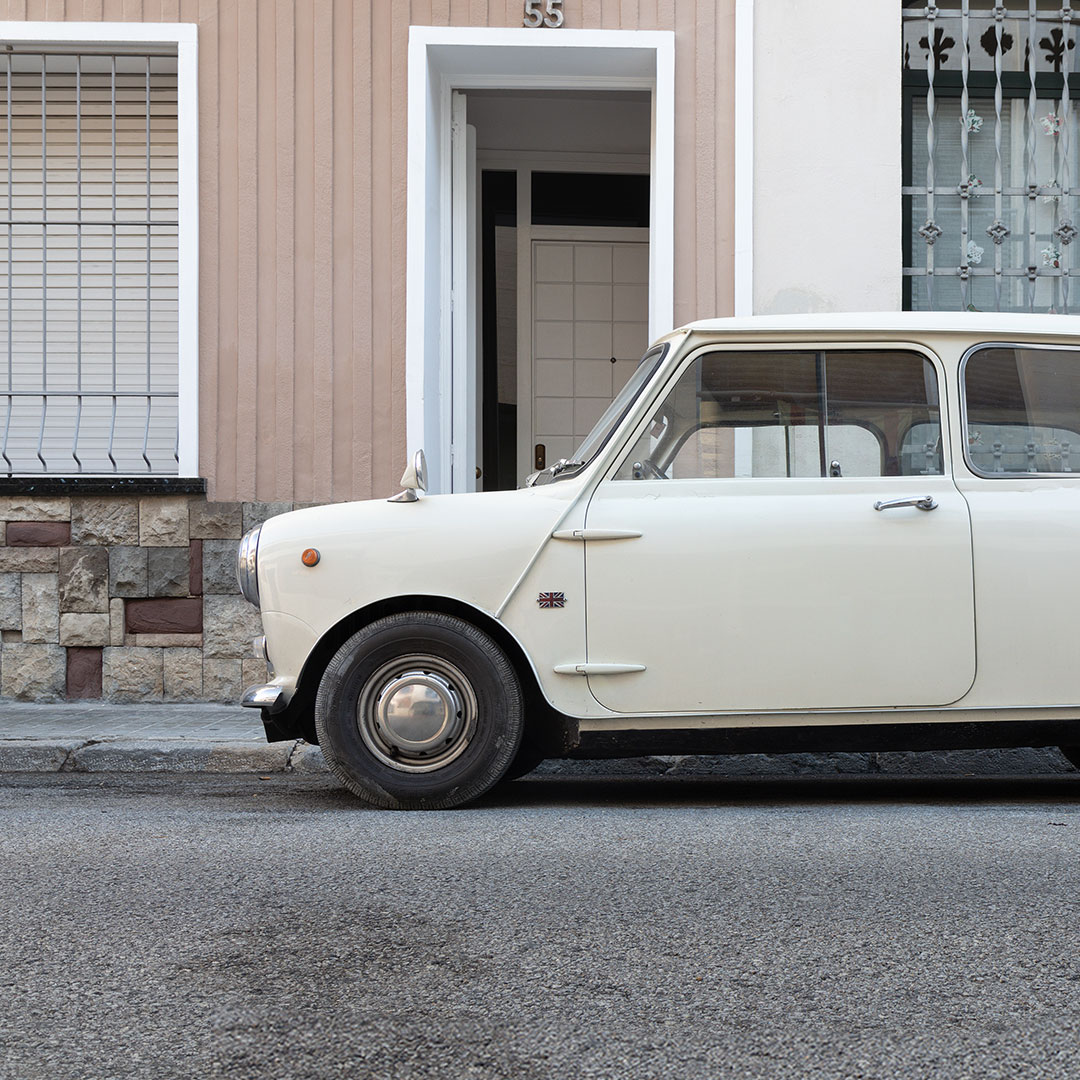 Over 40 year of high-quality parts for your British classic car. 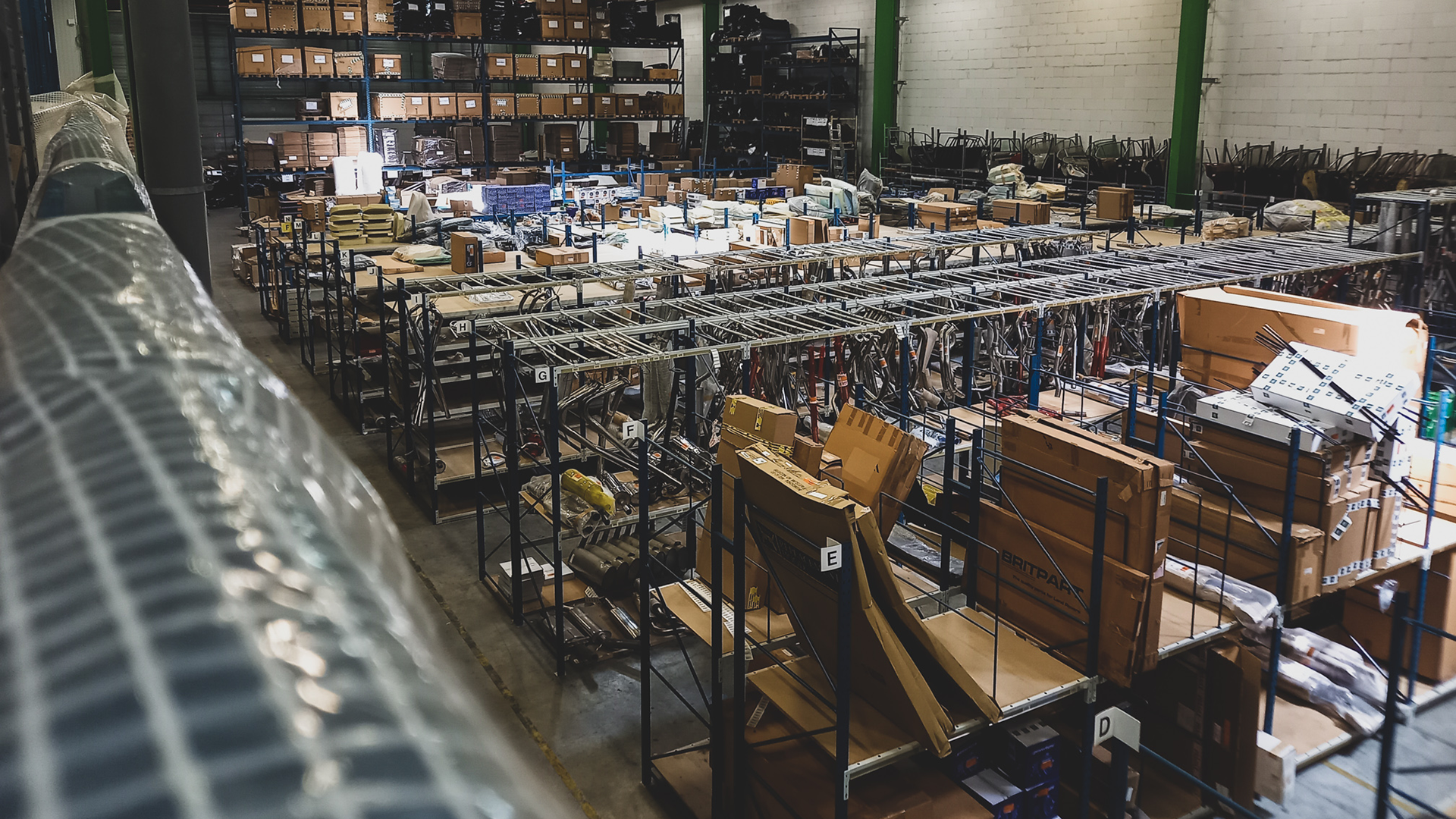 Anglo Parts is one of Europe's largest online British classic car parts suppliers operating in 11 countries . Our aim is to provide our customers with the highest-quality parts available at a fair price so they can enjoy their classic cars and save them for future generations. 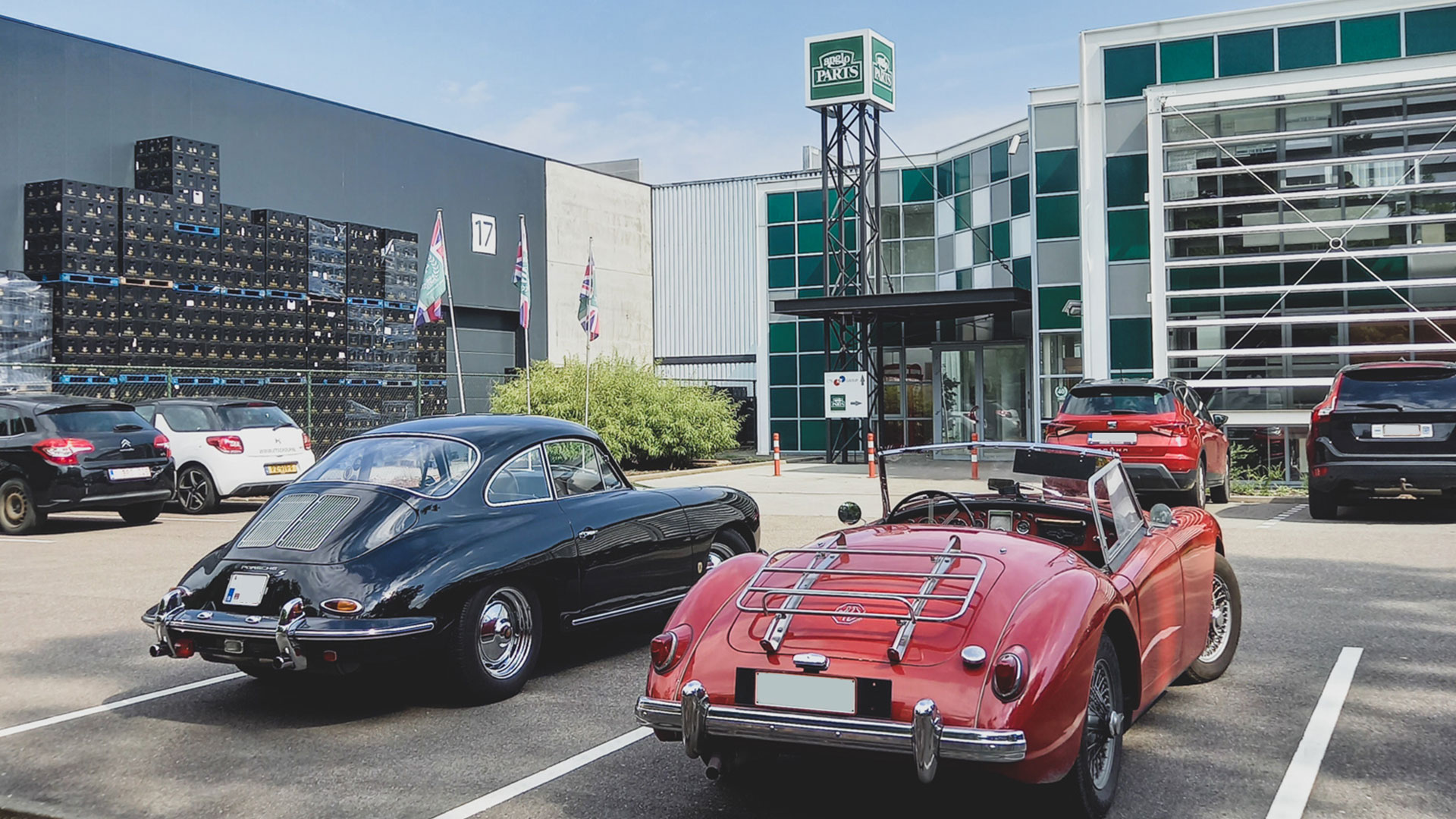 Our advantages
Expert in distibuting parts 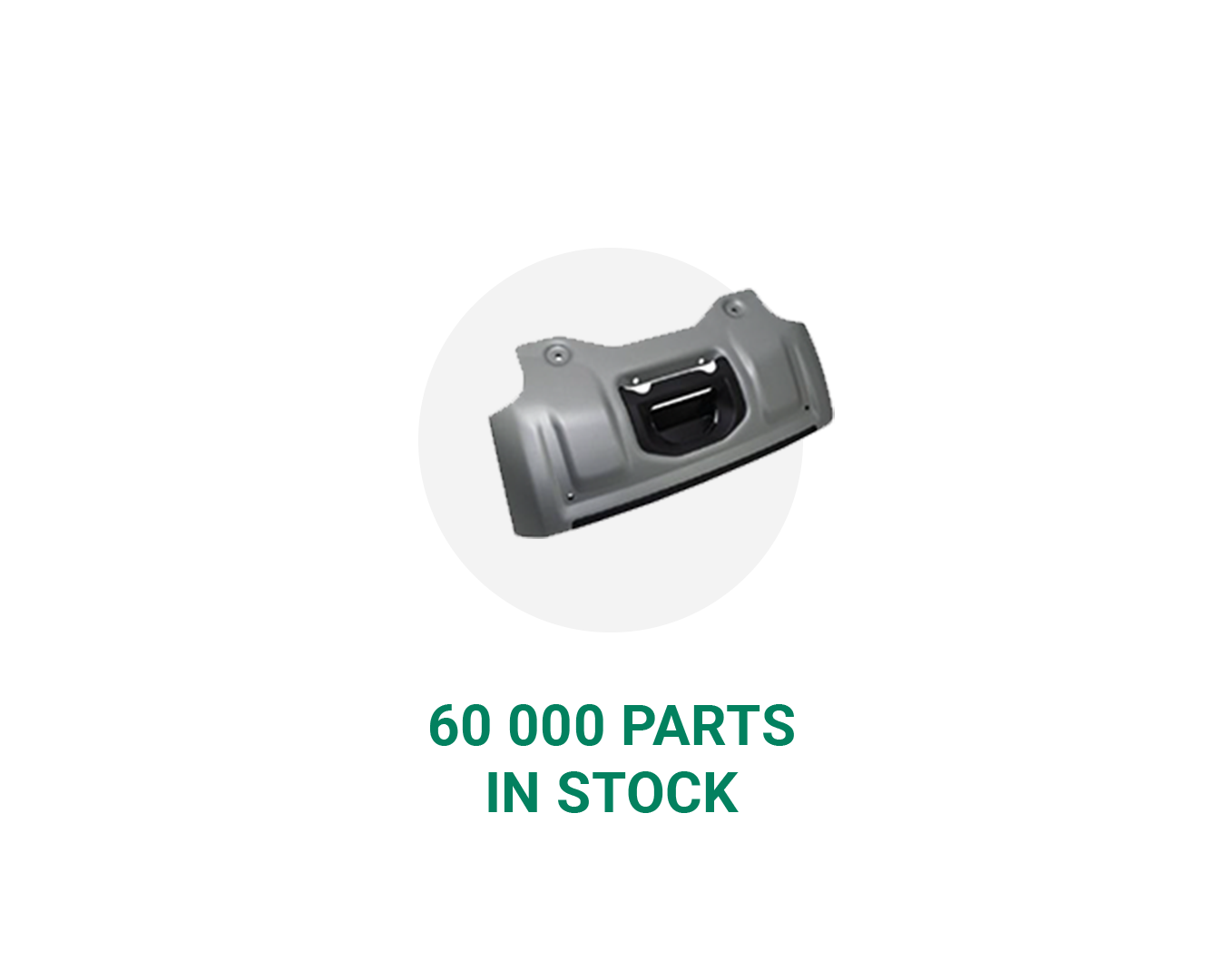 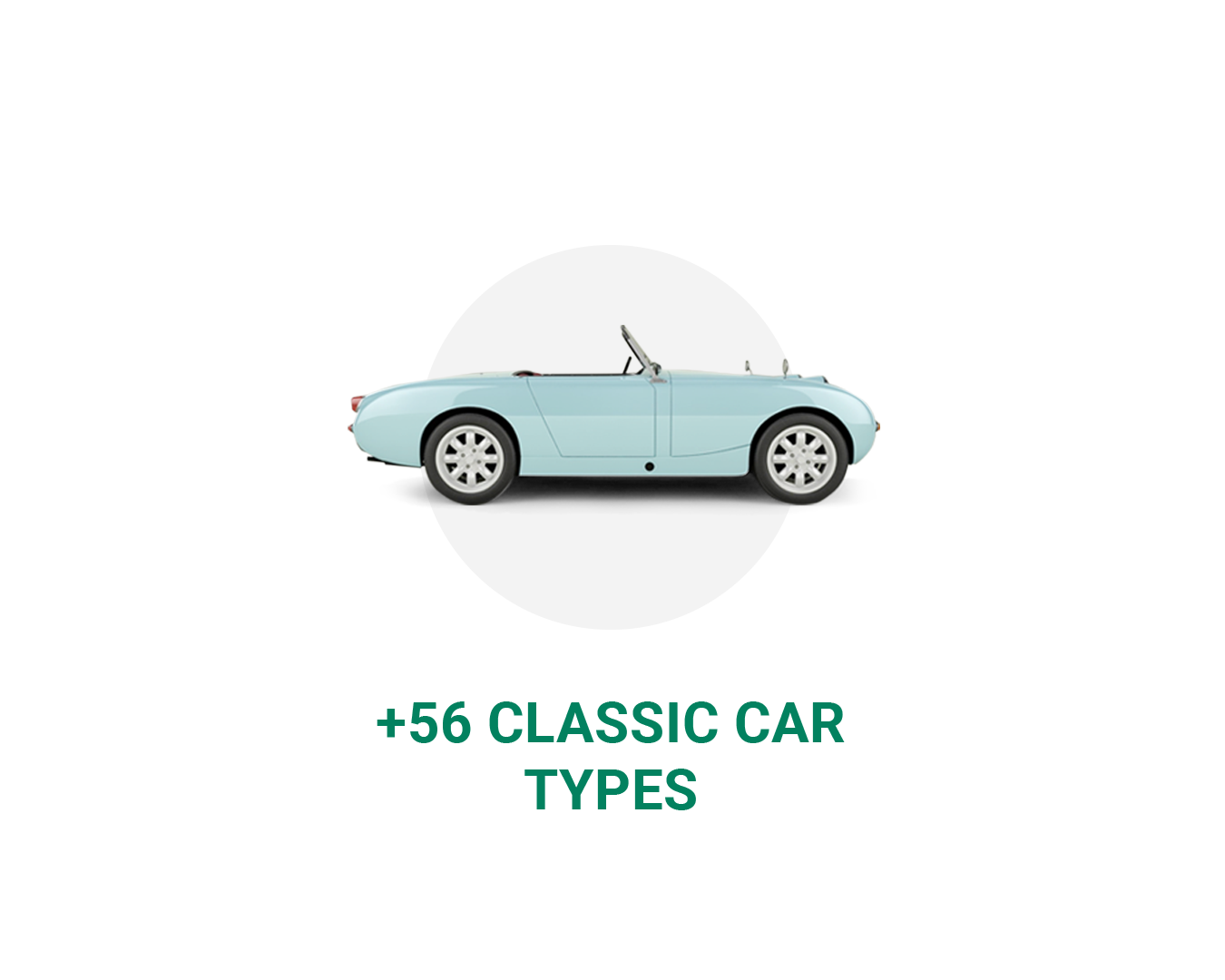 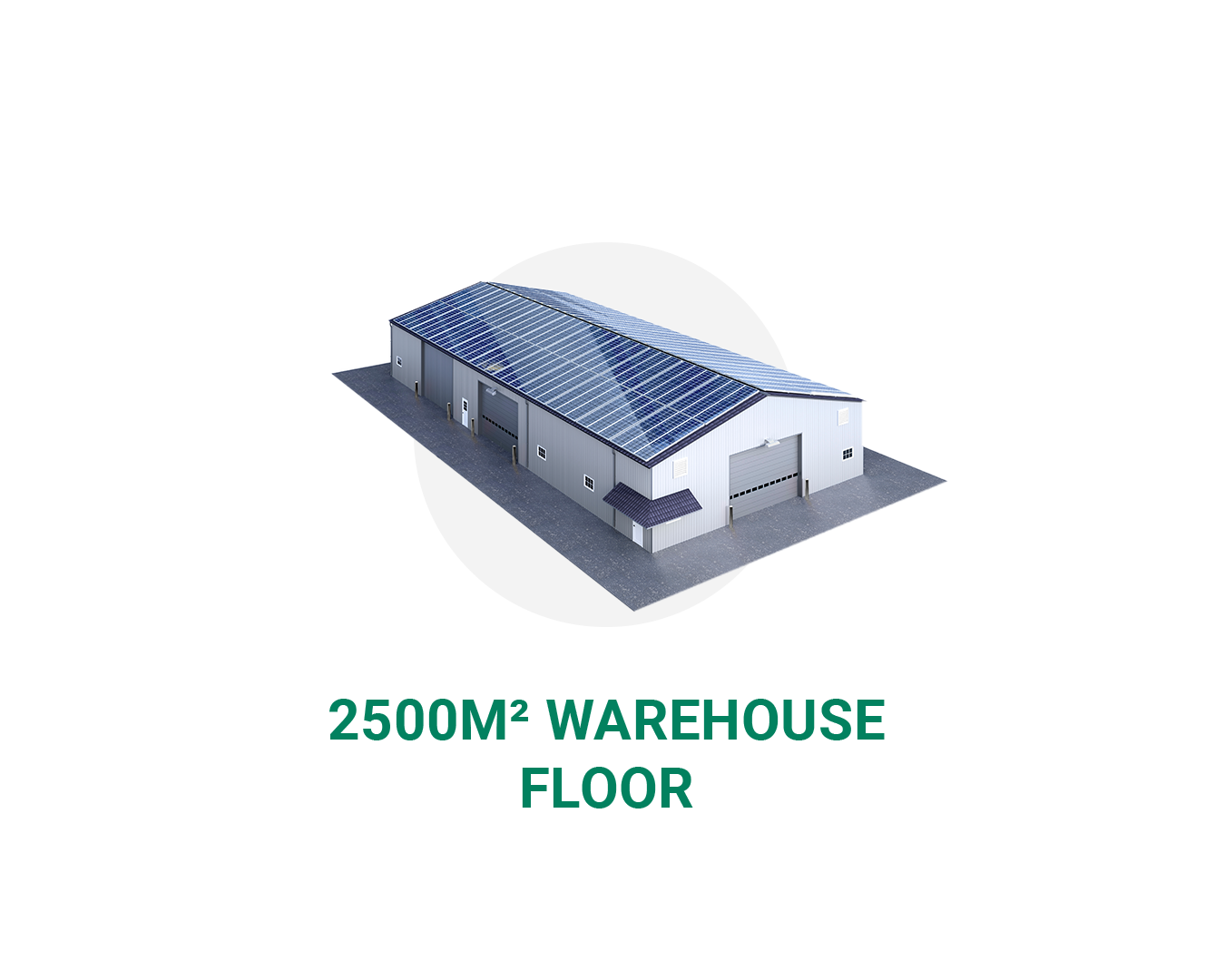 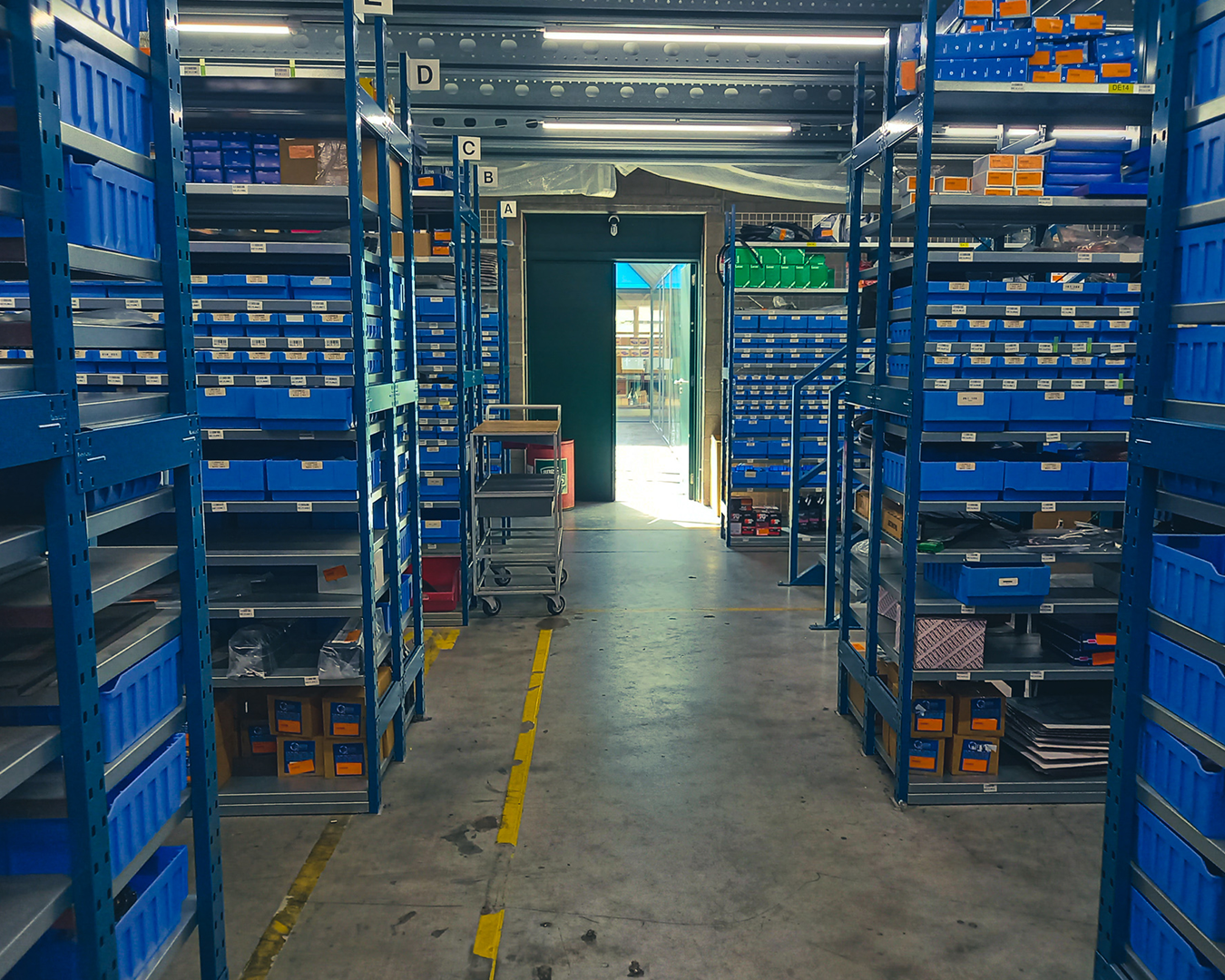 We have everything you need for your (British) classic car. We specialise in distributing parts for MG, Jaguar, Triumph, Austin Healey, Land Rover, Mini and Morris Minor. We have more than 60000 items in stock for more than 56 types of British classic cars. Thanks to our central location in Mechelen Belgium, we can easily distribute and ship the parts to our customers and to our distributors all over Europe and even beyond. 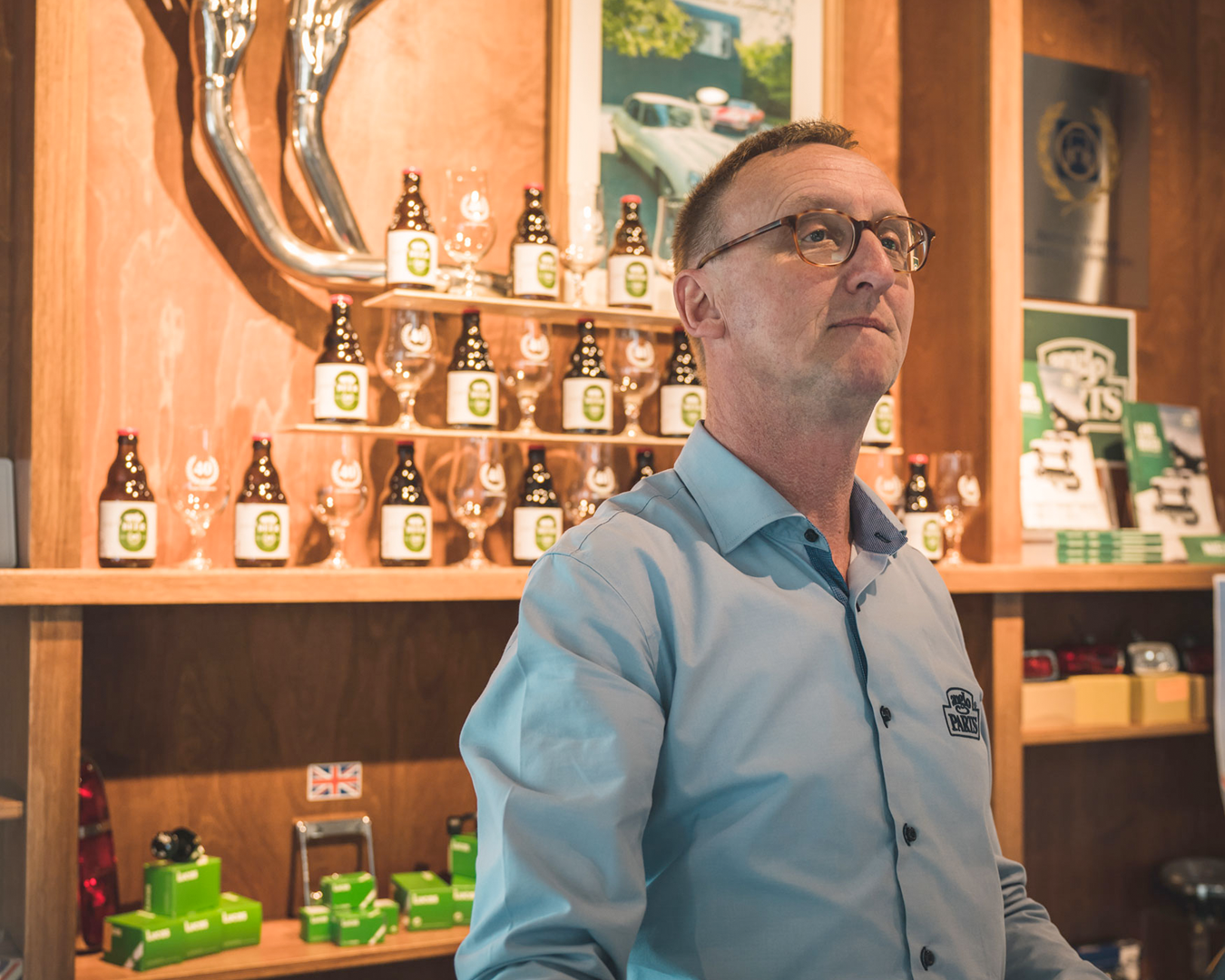 Our team consists of highly qualified professionals. They are always ready to help you choose the required parts. Feel free to contact our experts. Some of our experts have their own British roadster and are therefore the ideal point of contact for all your questions. 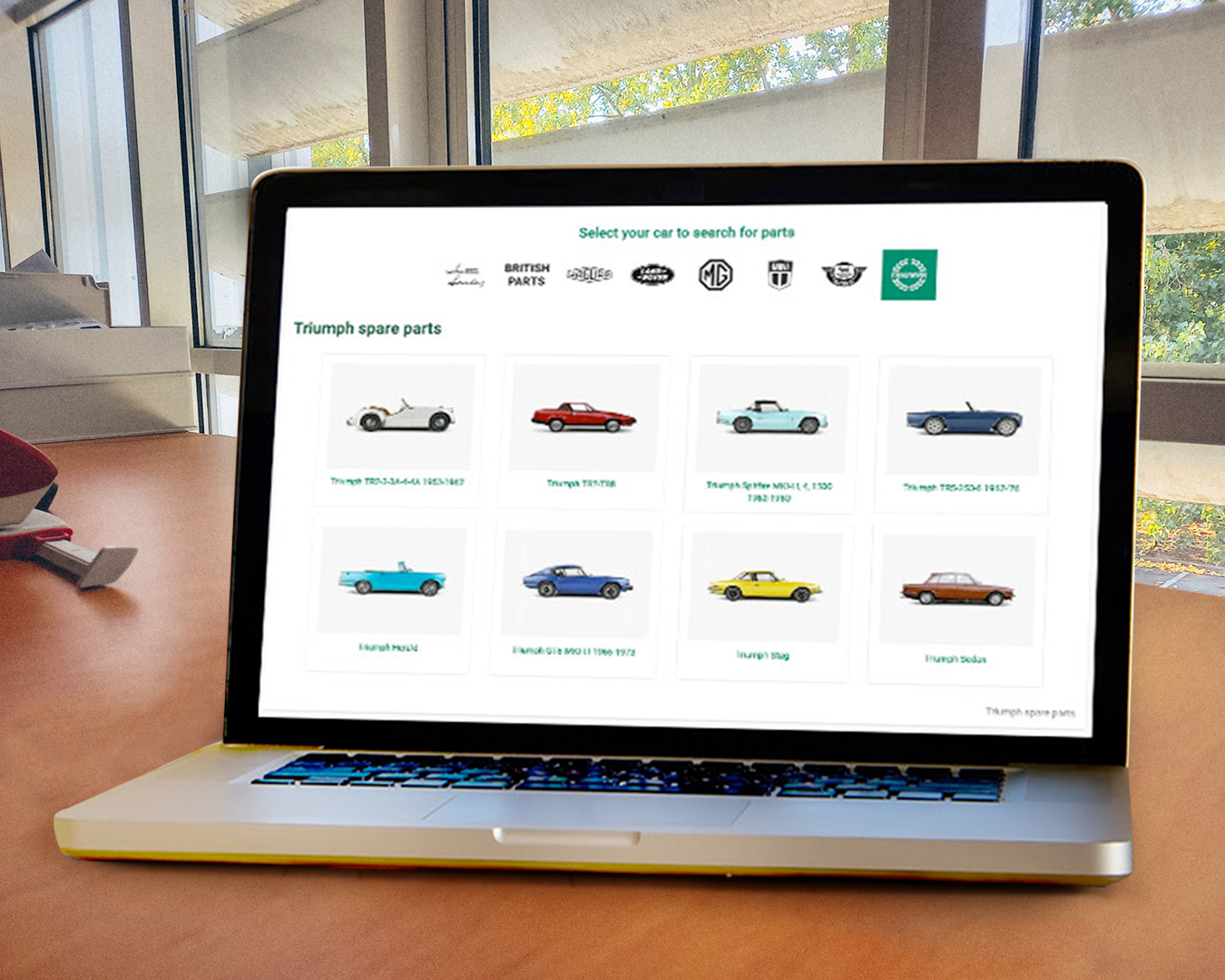 Our smart search system will help you find the parts you need in seconds. We use the original drawings as a reference to locate the parts you need. You can easily find the right parts via our index. For our large customers, there is also a 'Quick order' function, which allows them to order parts quickly by entering the product number, the quantity they need and their customer number. 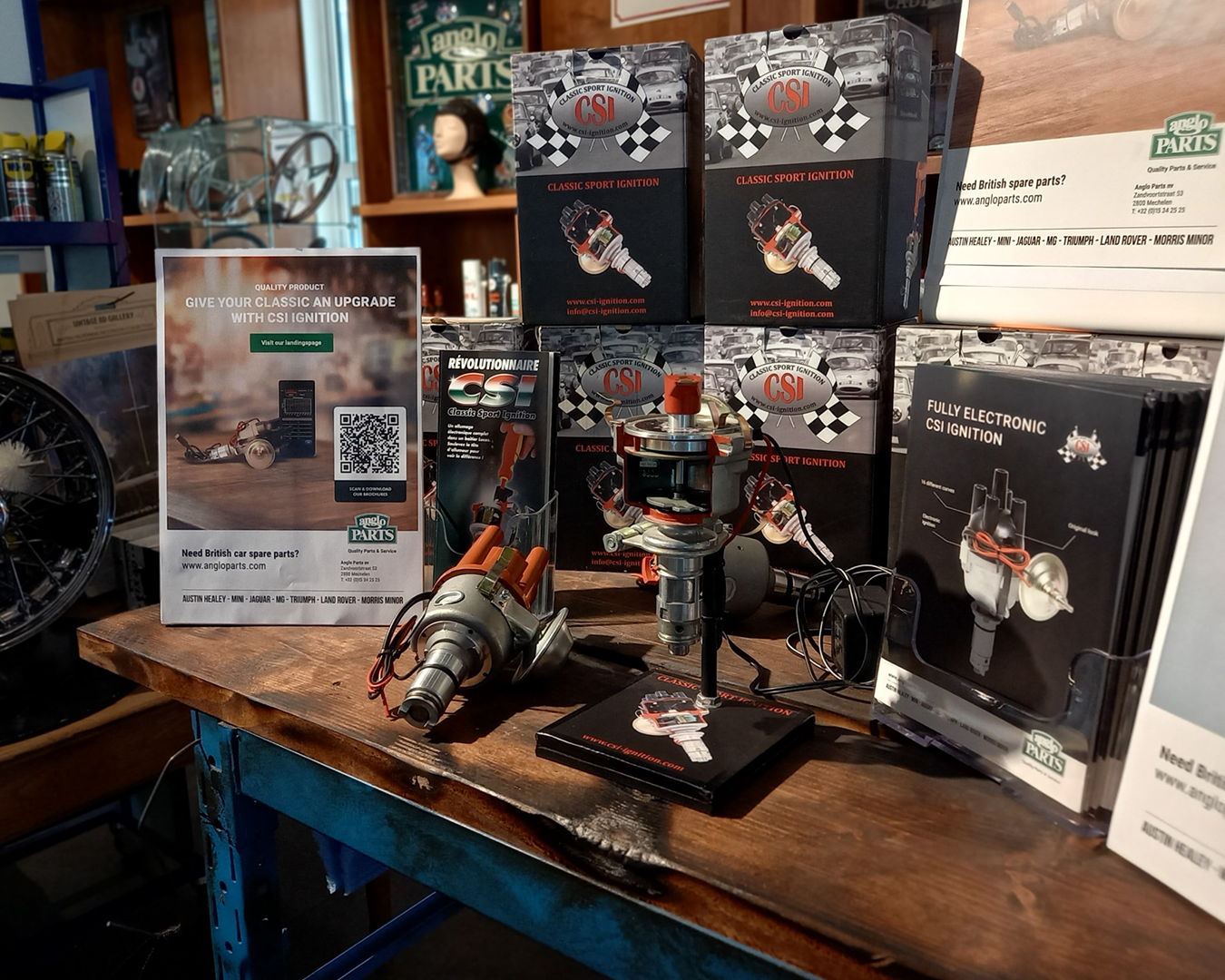 We strive to deliver the best quality products available on the market. Based on our experience, we have a wide range of recommended products or featured brands that we strongly believe in and that will give your classic car an absolute upgrade. Products such as CSI ignition, Wosp performance, Auto Glym and Draper tools have earned their stripes with us thanks to their expertise and many years of experience. We're also eager to hear about the products our customers use and recommend. Let us know which product is best and why, and we will look into the possibilities. 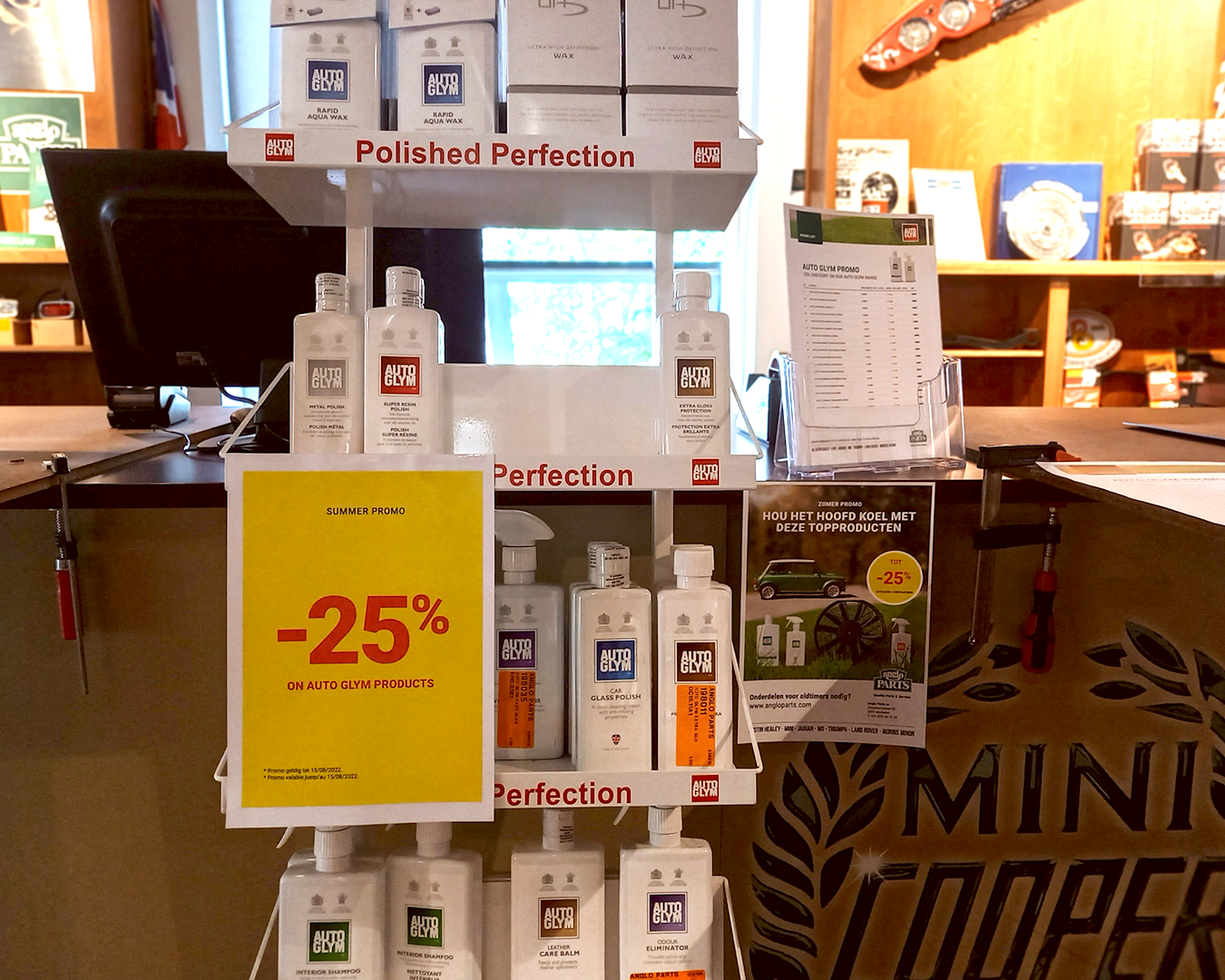 Enjoy our promotions, discounts and special offers. Be sure to keep an eye open in our shop or subscribe to our newsletter to get the latest promotions and news. 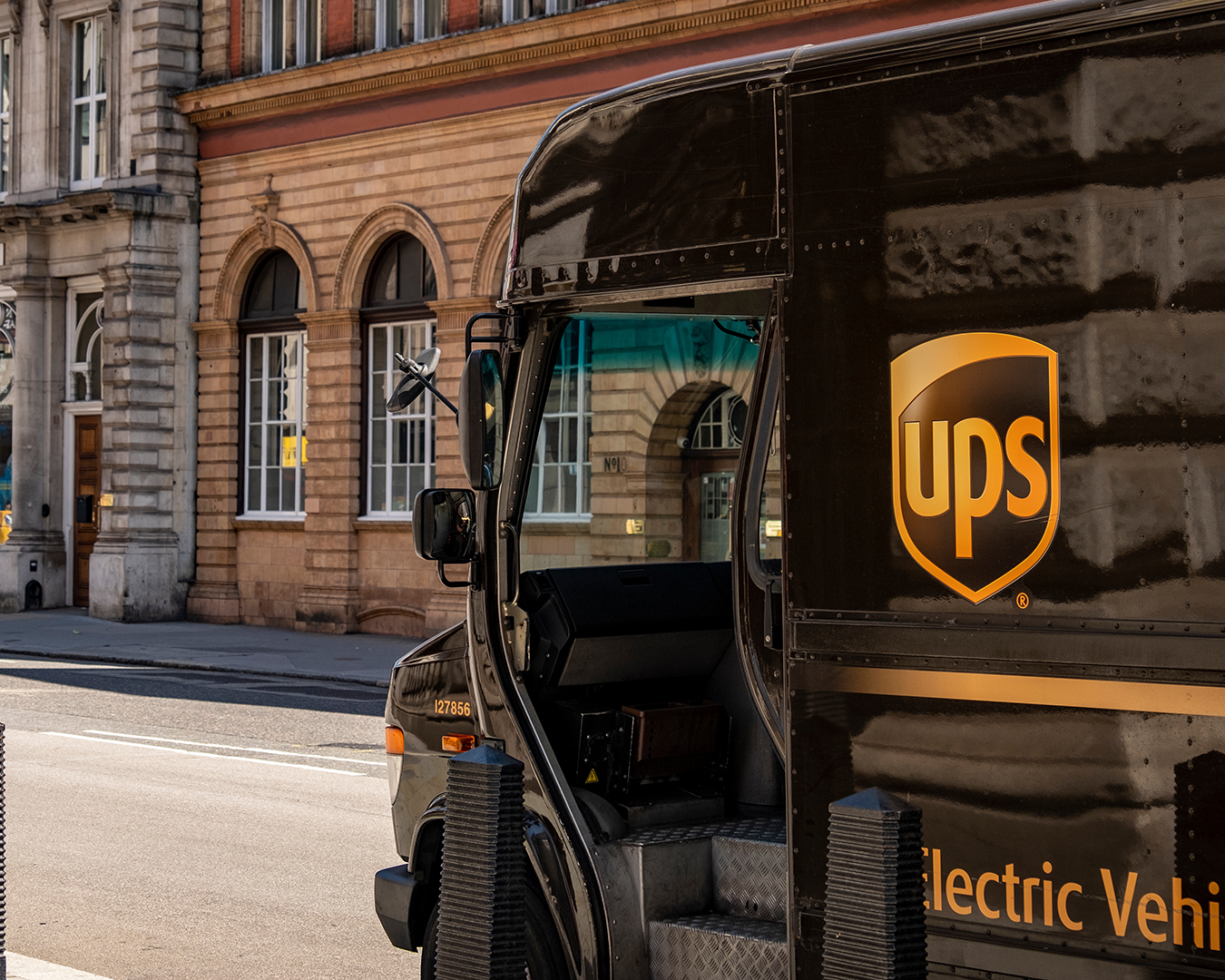 We work with trusted partners (UPS and GLS) to ensure a speedy worldwide delivery. We regularly ship parts to the Netherlands, Italy, France, Sweden, Spain, Luxembourg, Finland, Poland, Czech Republic and Hungary. (These are our distributors) But we also ship spare parts to North America, South America, China or Japan. 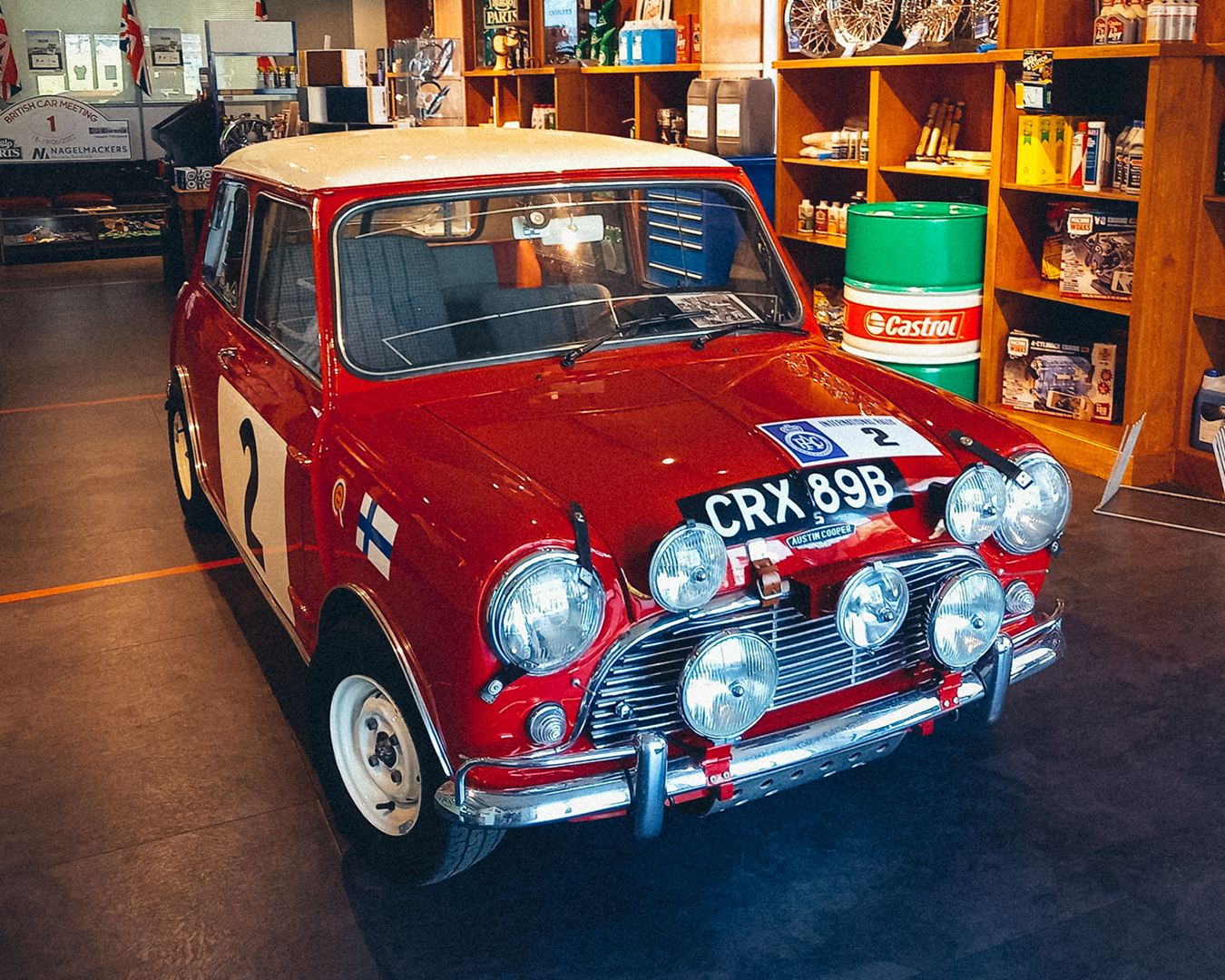 In addition to a web shop, we also have a shop in Mechelen (Belgium) and we have shops in Italy and France where you can get your parts and ask questions. 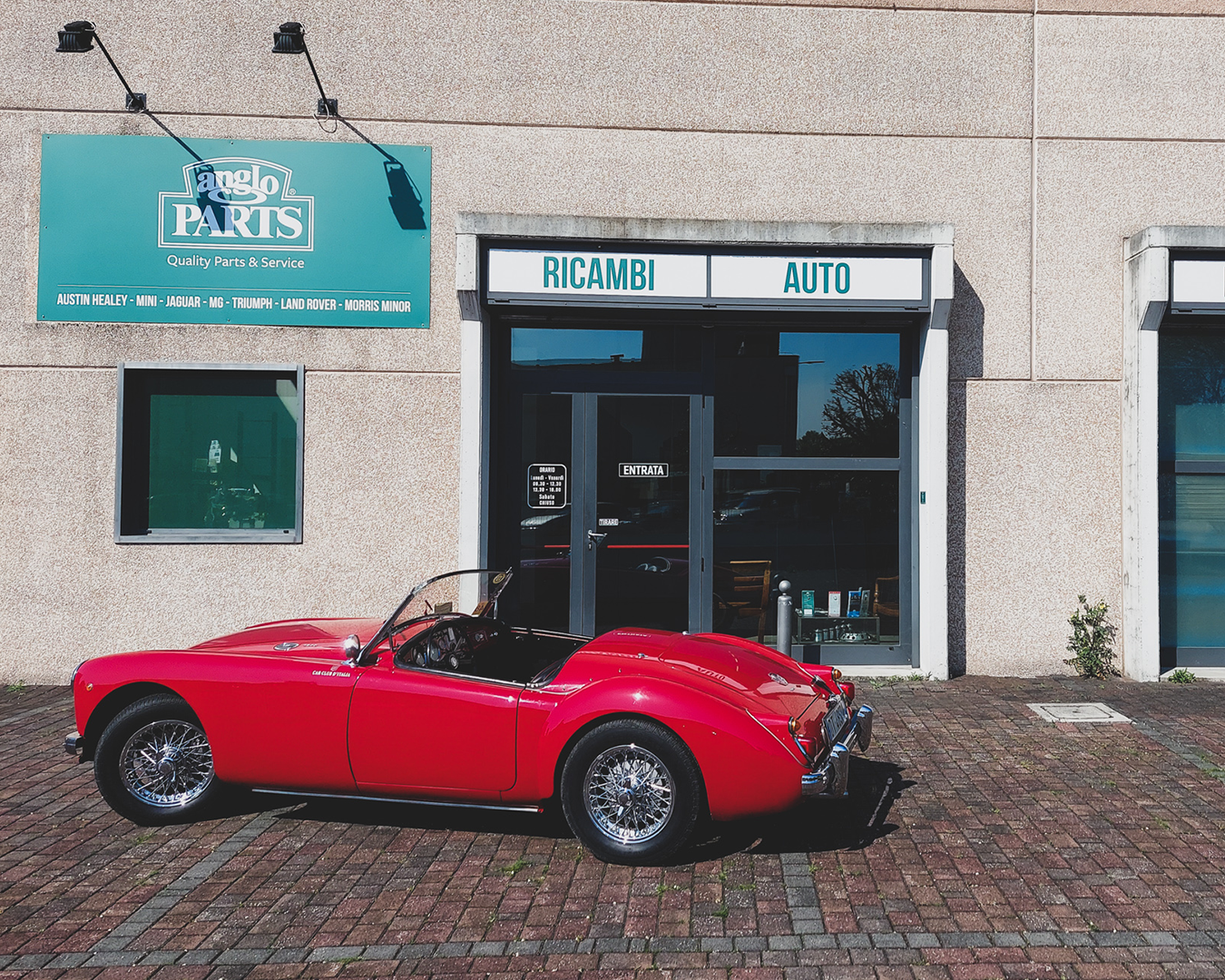 In order to be able to easily distribute our products throughout the world, we work together with 10 reliable distributors. These subsidiaries are located in the Netherlands, Italy, France, Sweden, Spain, Luxembourg, Finland, Poland, Czech Republic and Hungary. But we also have contacts in Germany and Canada, although there is no official distributor here. Only our distributors in Italy and France have besides a warehouse also a shop and/or workshop. The rest of our branches are purely distributors who take care of the shipment to garages and cusotmers. 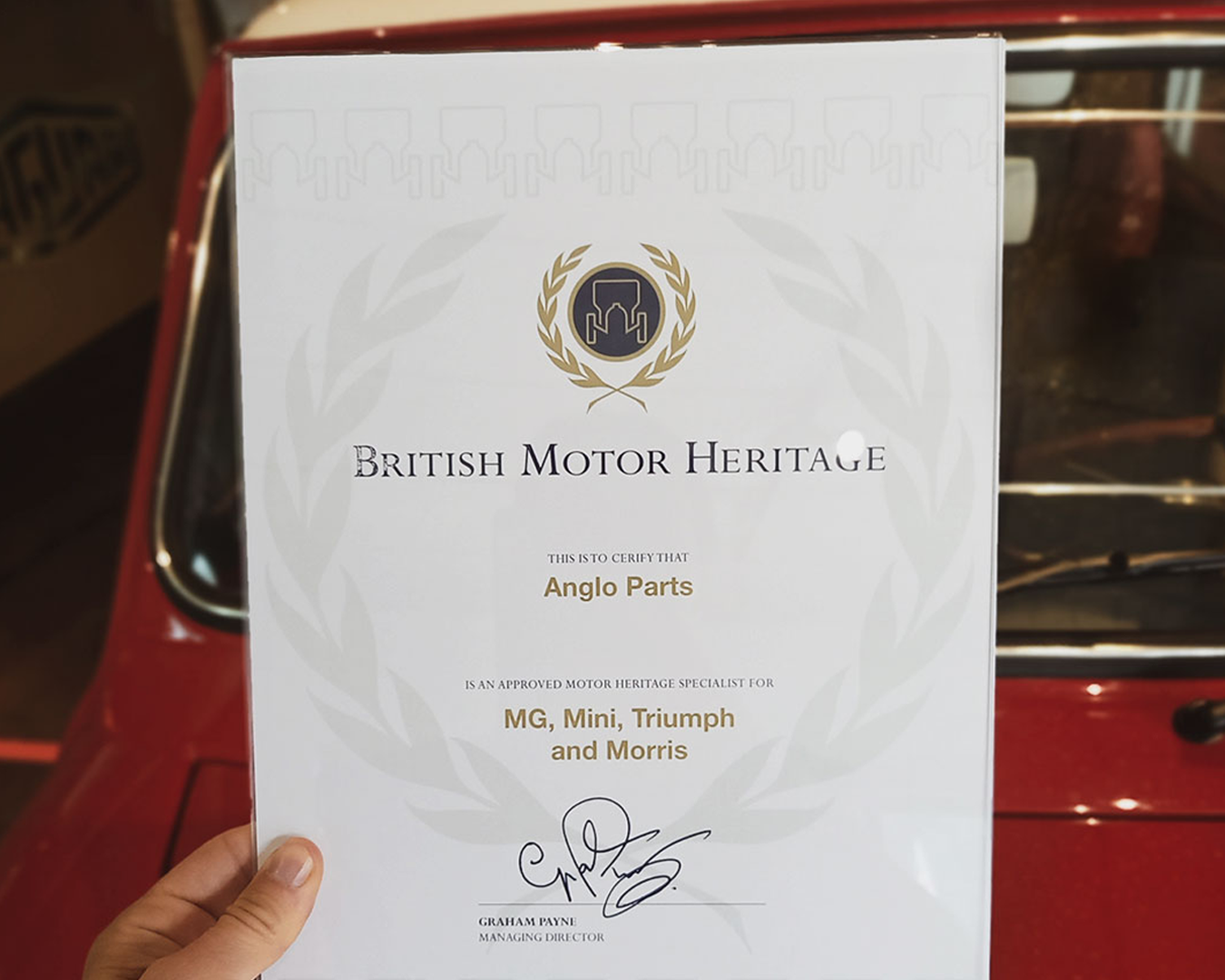 We're the proud owner of an official British Motor Heritage certificate. We’re an approved distributor for MG, Mini, Triumph and Morris Minor spare parts and accessories.About British Motor Heritage British Motor Heritage was established in 1975 to support owners and the marketplace by putting genuine components for classic British cars back into manufacture, using original tools wherever possible. Since 2001, when the company was acquired from BMW, it has been successfully run as an independent owned company. British Motor Heritage is the largest organization of its type in the world. With access to unparalleled knowledge, authentic production information and original drawings and patterns, the company manufactures previously unobtainable body parts for British classic cars. It occupies a unique position since it assembles 32 derivatives of body shells and has built total production volume of over 7,000 for the MGB, MGR V8, MG Midget, Austin-Healey Sprite, Triumph TR6, Original Mini and Mini Clubman using original press tools and assembly jigs.More info British Motor Heritagehttps://www.bmh-ltd.com/ 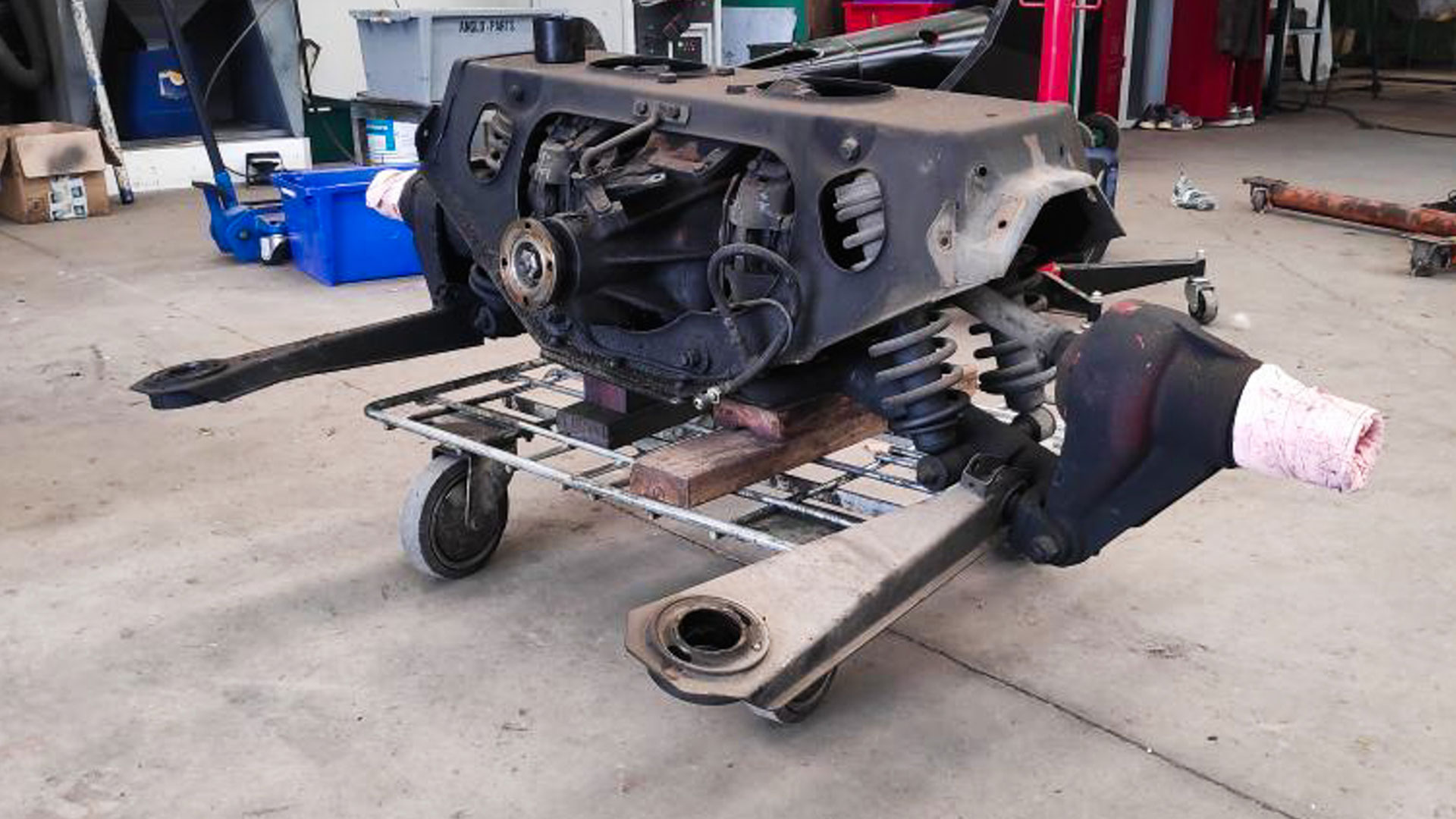 Besides distributing parts, we also offer maintenance services for your classic car. We work together with reliable restorers and workshops that we can appoint for the revision of your oldtimer parts.Parts that you can have restored with us: · Speedometer · Wiper motor · 'LUCAS' distributor · Seat covers (+ fitting service) ... 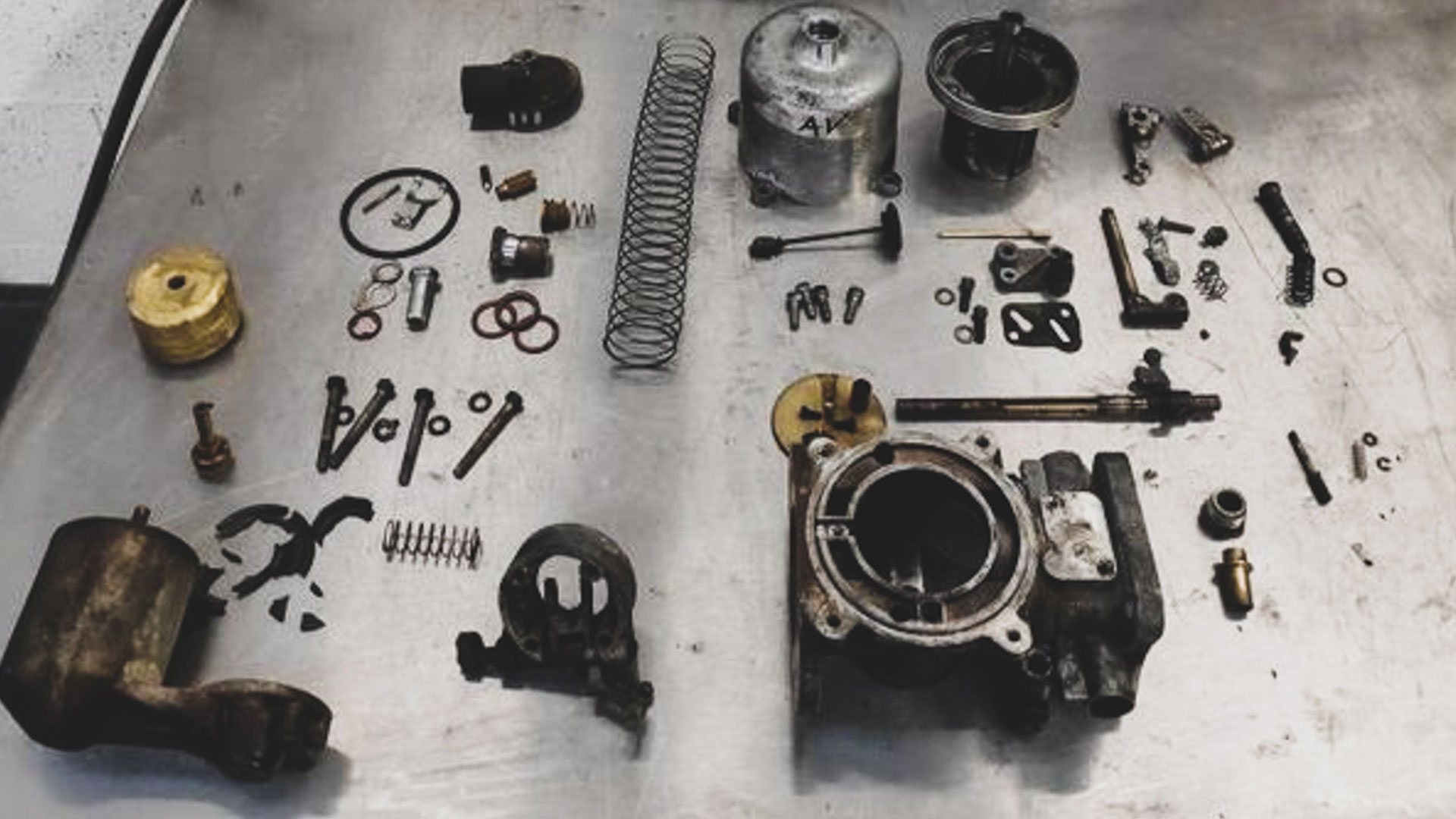 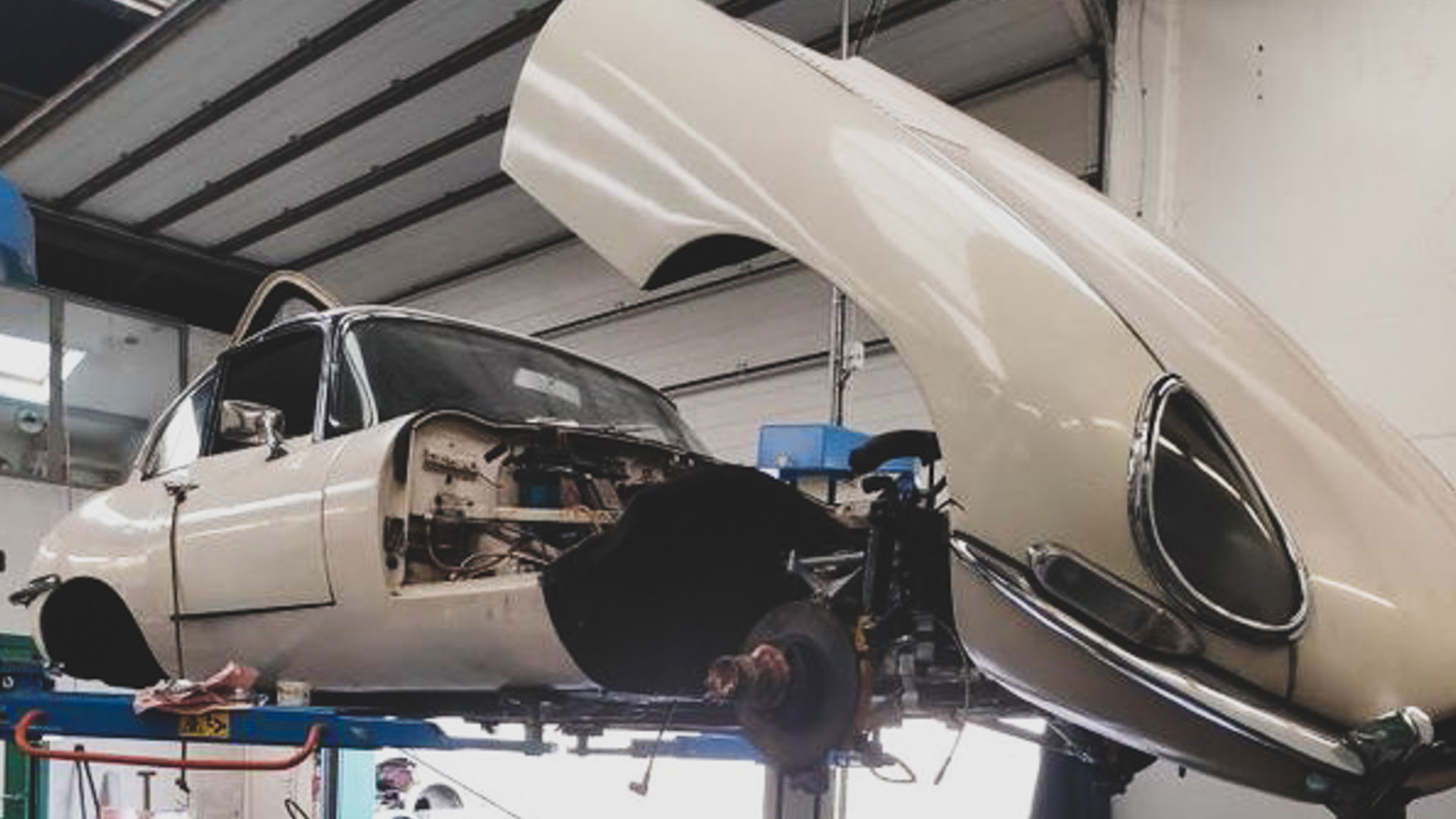 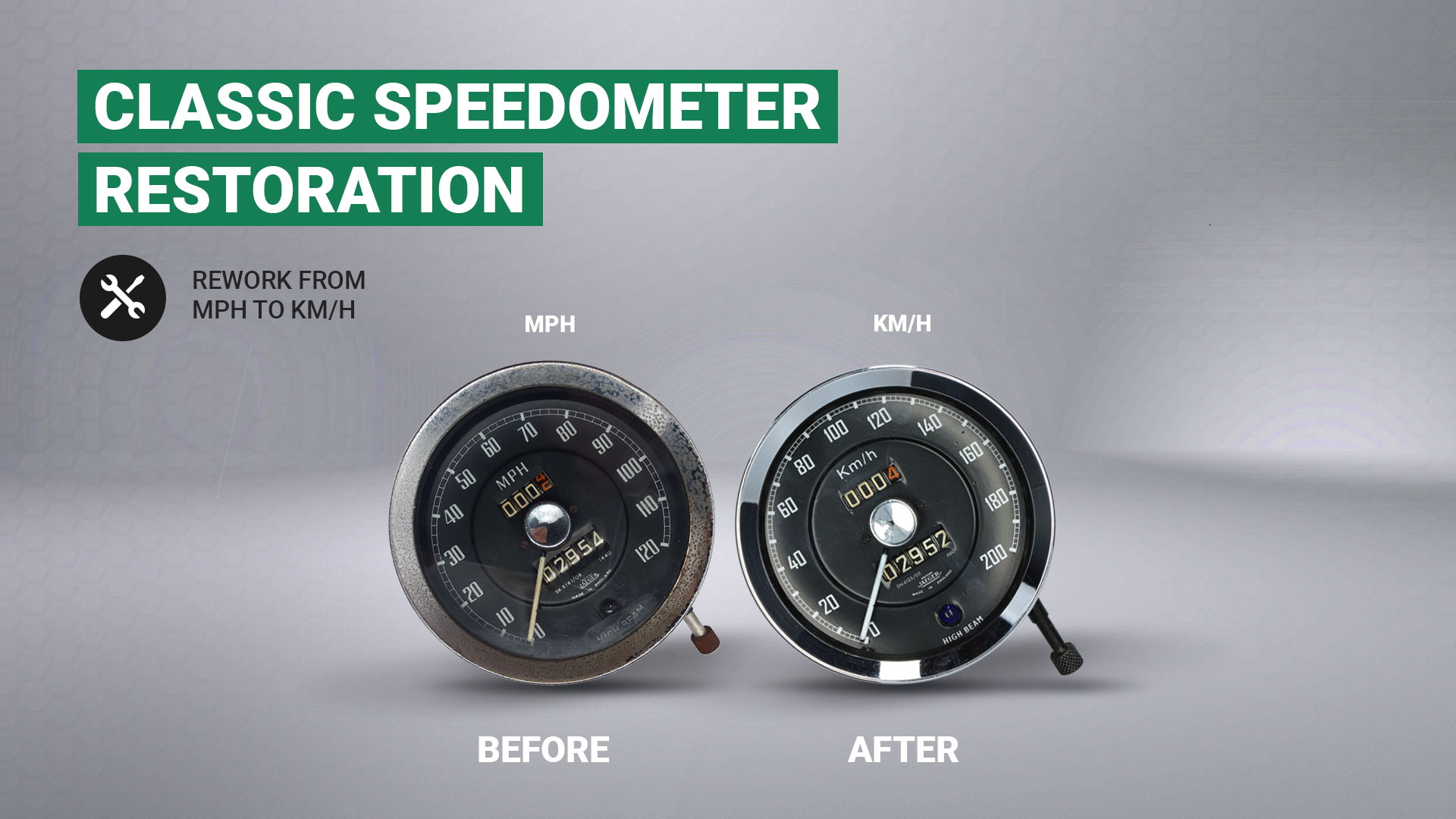 Please call your local Anglo Parts store for more information on this service. Not all instruments can be restored but we will always try to find a solution when possible. 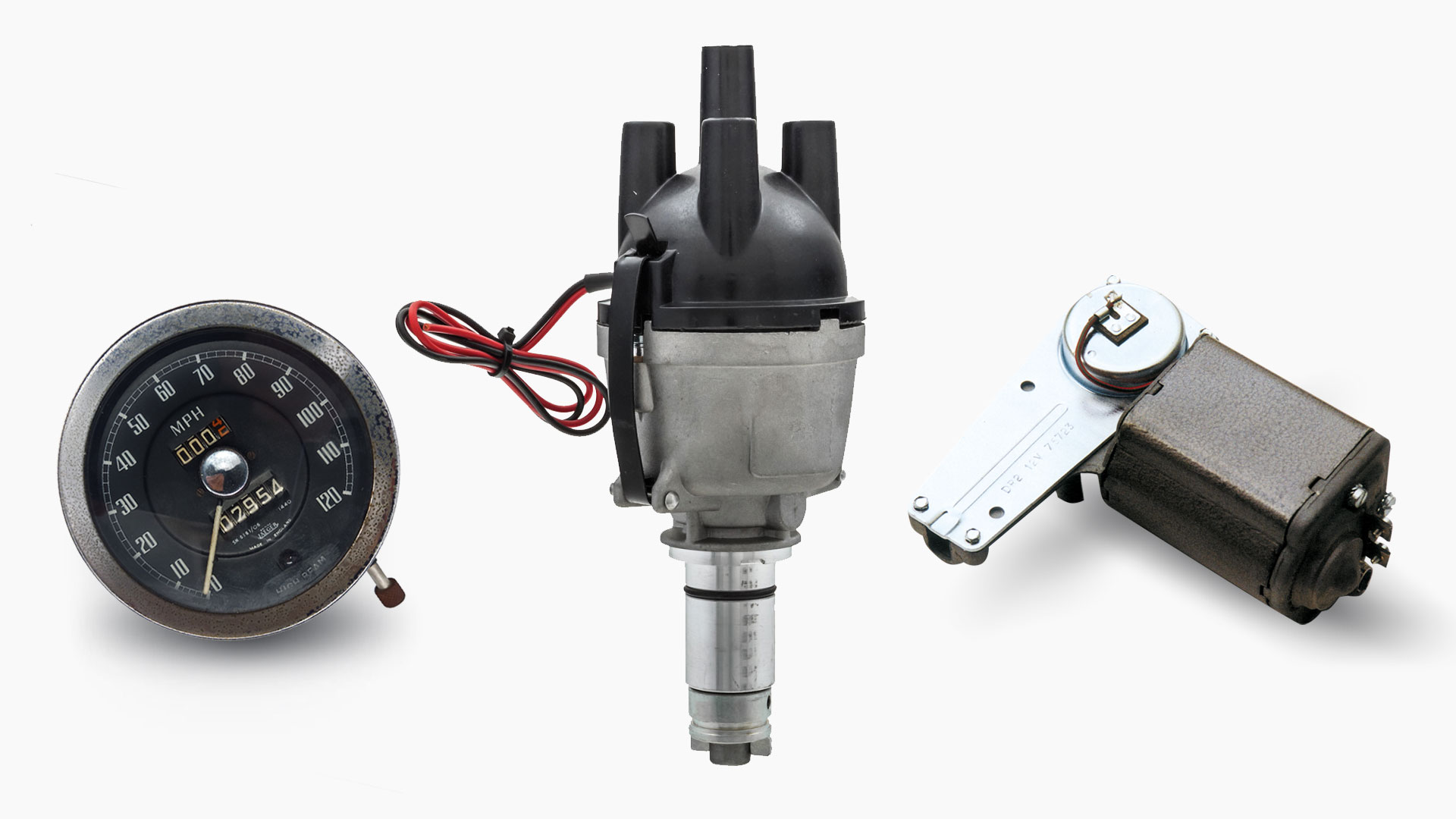 Mail to our sales team